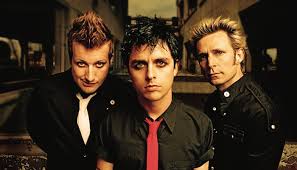 Legends of Pop-Punk Green Day have listed a tour date for Bangkok’s Impact Arena on March 11 2020.

The band will be embarking on a massive world tour in support of their forthcoming album, “Father of All..”, which is due to hit the shelves on February 7 2020. Their supporting tour begins in Asia, hitting Singapore, Taiwan, Thailand, the Philippines, South Korea, Hong Kong and Japan before continuing on through Europe and the United States of America.

Green Day have been performing for over 30 years, rising to prominence in the 1990s California Pop-Punk scene and transcending the Garage band and Grunge genres with their massive third album “Dookie” in 1994, which is the biggest selling Pop-Punk album of all time. They’ve now produced 12 studio albums and sold 85 million records worldwide.

Tickets are set to go on sale this month, stay tuned for information on vendors and prices. In the meantime, check out this 2004 hit: